This month’s birthstone ruby, is often associated with contentment, love, passion, and integrity. Ruby is one of the traditional cardinal gems, together with amethyst, sapphire, emerald, and diamond. The word Ruby comes from ruber, which is Latin for red. The quality of the ruby is determined by its color, cut and clarity, which along with carat weight, affect its value. Rubies are also evaluated on the basis of their geographic origin.

The color is the most important factor when it comes to gemstones. Ruby is defined to be red. All the other hues of the gem species corundum are called sapphire. Rubies may exhibit a range of the colors: orange, purple, violet and pink. The finest ruby is described as being a vivid medium-dark toned red. The brightest and most valuable shade of red called the “blood-red” or “pigeon blood”, commands a large premium over other rubies of similar quality. After color follows clarity; similar to diamonds, a clear stone will command a premium, but a ruby without any needle-like rutile inclusions may indicate that the stone has been treated. 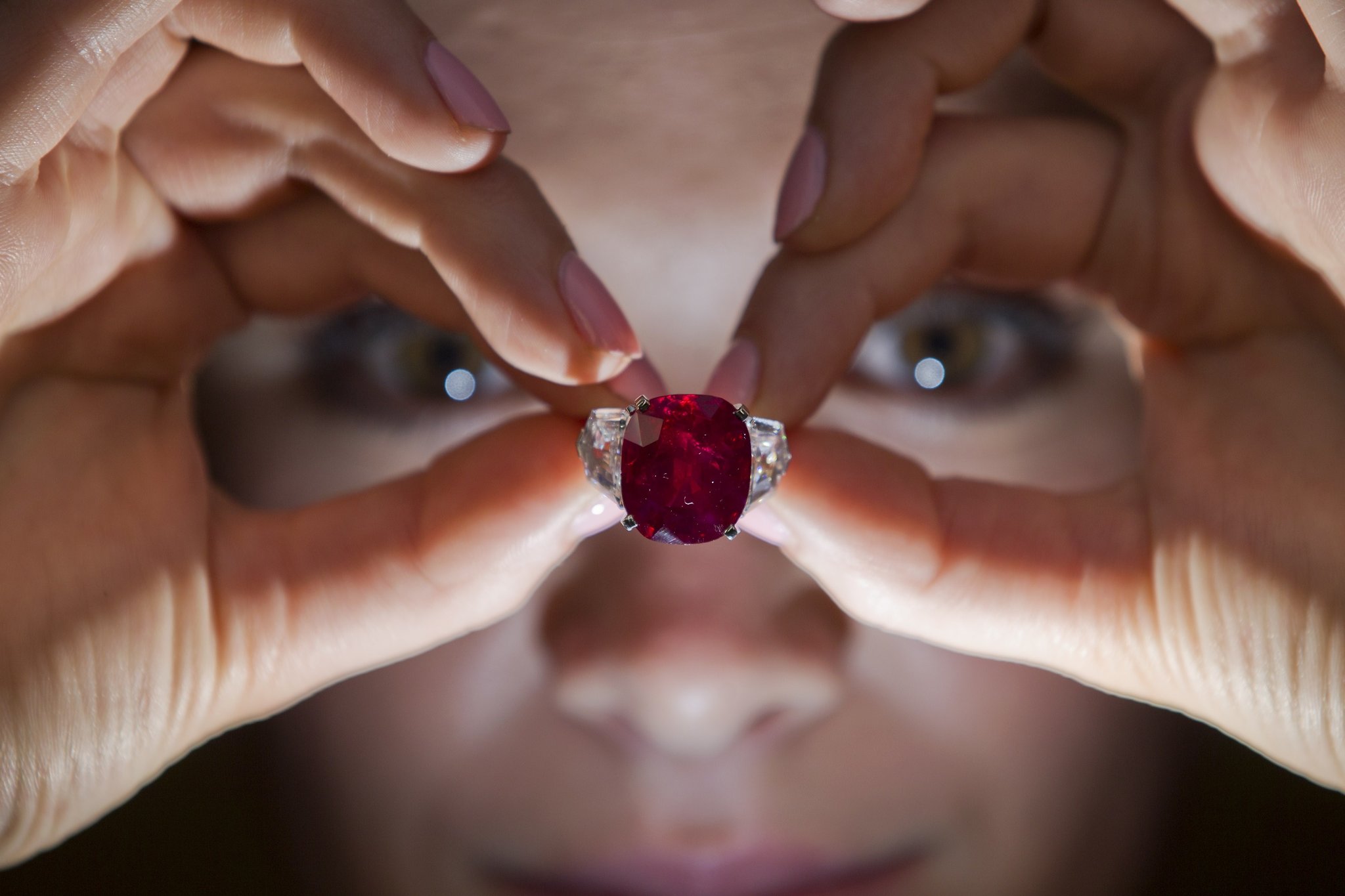 The Sunrise Ruby is the world’s most expensive ruby, most expensive coloured gemstone, and most expensive gemstone other than a diamond. Originally mined in Myanmar and named after a poem written by 13th-century the Sufi poet Rumi. It is a 25.59 carat Burmese “pigeon blood” ruby.

If you are looking for something special in rubies, please don’t hesitate to contact us.

A short summary of why we believe in investing in (natural) diamonds.

Latest Posts
Recent Comments
Categories
Archives
Copyright 2020© Jewels In Paradisë.
We use cookies on our website to give you the most relevant experience by remembering your preferences and repeat visits. By clicking “Accept”, you consent to the use of ALL the cookies.
Cookie settingsACCEPT
Manage consent

This website uses cookies to improve your experience while you navigate through the website. Out of these, the cookies that are categorized as necessary are stored on your browser as they are essential for the working of basic functionalities of the website. We also use third-party cookies that help us analyze and understand how you use this website. These cookies will be stored in your browser only with your consent. You also have the option to opt-out of these cookies. But opting out of some of these cookies may affect your browsing experience.
Necessary Always Enabled
Necessary cookies are absolutely essential for the website to function properly. These cookies ensure basic functionalities and security features of the website, anonymously.
Functional
Functional cookies help to perform certain functionalities like sharing the content of the website on social media platforms, collect feedbacks, and other third-party features.
Performance
Performance cookies are used to understand and analyze the key performance indexes of the website which helps in delivering a better user experience for the visitors.
Analytics
Analytical cookies are used to understand how visitors interact with the website. These cookies help provide information on metrics the number of visitors, bounce rate, traffic source, etc.
Advertisement
Advertisement cookies are used to provide visitors with relevant ads and marketing campaigns. These cookies track visitors across websites and collect information to provide customized ads.
Others
Other uncategorized cookies are those that are being analyzed and have not been classified into a category as yet.
SAVE & ACCEPT
Powered by

Open chat
Powered by
Hi there, thanks for stopping by.

How can we assist you today?